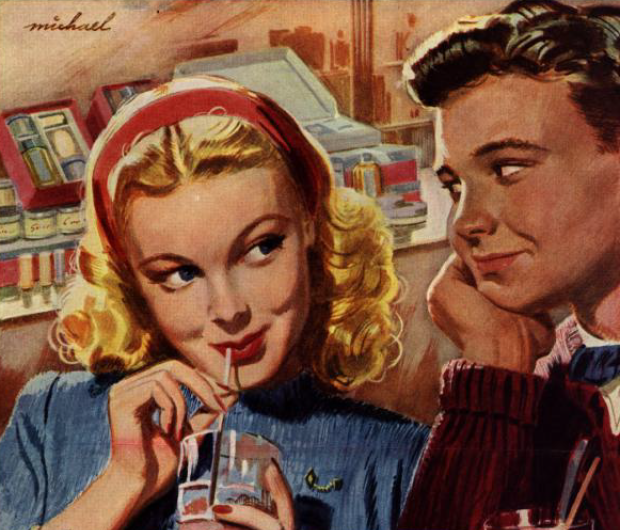 I rarely open up about this because I feel so guilty. One of my best guy friends has become the one person who makes me the happiest. No matter where we are, or who we are with, it’s as if no one else exists. I’m starting to fall for him. The biggest problem is that he has a girlfriend. She is sweet and loves him very much, and I would never do anything to hurt her. However, we have made it clear to each other that we both have more-than-friend feelings. At first, I wanted him to myself. But the more I think about it, he doesn’t plan to break up with her, and if he wanted me, it stands to reason that he would do so. What is the right and Godly thing to do? This is a constant fight between my morals and my heart. Thank you!
-Ashley

I want to begin by saying that your situation really isn’t all that rare. There is no need to feel guilty! I can’t speak for all women, but like many, you and I have once fallen in love with the guys we call our best friends.

Sometimes girls can’t help but fall for their “best guy friend.” They make you laugh, make you smile, they are there to help you when you’re in need. They share hobbies with you, and most importantly, they just love who you are. They don’t pressure you, all they do is protect you. Sounds like the perfect guy, right?

Typically, we hear about the stories where the guy is in love with the girl, but she isn’t interested… the friendship gets ruined and things get awkward. (Unless we’re talkin’ about the movie Just Friends!)

But, then there is another scenario… Rarely do you hear about girls who are in love with their “best guy friend”. (We’re just better at keeping our heart’s secrets!) In this situation, the guy really shouldn’t be called a “best guy friend”. They definitely need a new label. Us girls end up calling them “best guy friends” because it’s the easiest/least confusing thing… but let’s be honest, it’s a terrible title! Let’s call this guy the “what-if/poor timing” man in our life.

The “what-if/poor timing guy” in our lives somehow, inevitably becomes the “best friend”. You see, it’s because we meet him…
A. When he is in a relationship
B. While you are in a relationship
C. Right before you move
D. When you’re too afraid to share your feelings for fear of messing up the “friendship,” then one of you gets into another relationship…

There could be plenty of other reasons, but sooner or later, you’re forced to put this man into the so-called “friend zone”. But in order for you to have a functioning life, and still keep him in it, you persist to yourself and others that he is “just a friend”. (Yeah, right!) Believe me, I get it.

This “what-if man” will drive you insane. I think this typically happens because women do not want to ruin friendships, so they typically keep their feelings to themselves, especially if they think admission of these feelings might break their heart.

The Insanity Trip. You lie to yourself over and over that he is just a friend, but when you go to sleep at night you think about him. You wonder how things would have gone if A,B,C, and D didn’t happen. You get into a new relationship with another man, but do not allow yourself to truly give your heart away. What if the “best guy friend” comes along one day and sweeps you off your feet? (That is, once he gets out of his current relationship)

So the cycle begins. The awkward friendship. He’ll call you up with his relationship drama, and you’ll comfort him. Then you’ll call him up with yours, and he’ll comfort you. And when he goes through a breakup, he’ll be on your shoulder, but you’ll be in a relationship. And OH MY GOSH, IT JUST NEEDS TO STOP!

Let me tell you about my “best guy friend”. (Sarcastically exaggerated quotations)

TRENT. I met Trent in middle school, and as far as 7th graders go, he was a cutie! He was that HUGE crush you get at that age (you know, the one where you cover the inside of your notebook with doodles of his name?) However, we didn’t date because he decided that we were better off remaining friends. Needless to say, I wasn’t very happy. So as time passed, he got smarter (and I grew into my body, aka puberty) and finally wised up that he had feelings for me. On the last day of my freshman year of high school, he became my first kiss! I was so ecstatic! Finally, Trent was out of the friend zone. But, as you know, life has a tendency of getting in the way.

My fairy tale was crushed when my mom and dad told me that I was moving away! It was only one hour away, but that’s practically a different galaxy to a 15 year-old girl.

So, Trent and I went back to being friends. “Best friends.” Then we started to date other people. Long story short… 8 YEARS PASSED. I spent 8 years trying to tell all my boyfriends that he was just my “best guy friend”. I said it so many times, I think I truly started to believe it.

And that’s just the thing. You’ll believe it until you’re all alone on a Sunday night, and BAM – you finally see it. Suddenly, you find yourself obsessively scrolling through pictures that his new girlfriend posted of the two of them showing a nasty amount of PDA, so much so that you feel like you could explode! Instantly, that girl you said was perfect for your “best friend” is now your arch enemy.

Trent would get so upset with me when I was in a relationship and he wasn’t… as would I when he was in a relationship. We were so caught up with the “what ifs” we failed to realize the biggest “if” of all. If we really were meant for each other… wouldn’t we be together?

HOW DID IT TAKE ME 8.5 YEARS TO REALIZE THIS? Well, because he kissed me. And it wasn’t the perfect kiss I thought it would be.

There was a point when Trent came running to me for relationship advice. Same situation… he had a very clingy girlfriend and had outgrown the relationship. I gave him the best advice I could (without blatantly telling him “BE WITH ME!”) I told him it was selfish of him to string this poor girl along. Almost immediately, he started bringing up the “what-ifs” between us.

There had been plenty of opportunities for us to be together, but like clockwork, he let so many pass him by. For years, he found his way out of relationships right when I found my way into new ones, leaving the “what-if” conversation entirely inappropriate…. But for the first time, I was single.

As he leaned in for the kiss, I felt butterflies. For so long, I imagined us being right for each other, thinking I met my husband at the ripe age of 12. But as quickly as the butterflies came, they abruptly left.

I felt NOTHING. Absolutely nothing. The moment he kissed me, I felt a huge pit in my stomach. WHAT THE HECK WAS I DOING? He was still in a relationship (of course!!!!), and now he was CHEATING, making me the other woman! In that moment, I lost respect for my beloved Trent.

The light bulb went off… Trent didn’t love me. He only needed me when he was lonely and it was convenient. So what did I do? I closed that door and ended the “what-if”. If he really loved me and could imagine himself marrying me, he’d be with me.

As my mother always told me… “Trent is just too late and a dollar short.”

My point is, Ashley… Maybe it’s just time to answer your “what-if” question.