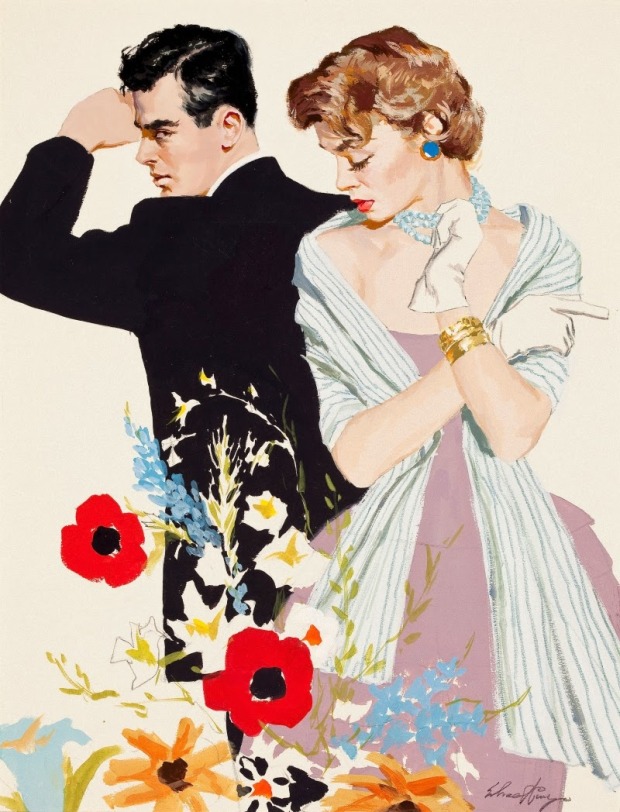 A Really Good Reason to End the Relationship

You can’t change fate. You can’t make yourself love him, and he can’t make himself love you. It’s just the way it is.

Years ago I met a really great guy. He was the dream man. On paper he was perfect, and to prove it, here’s a list of some of his qualities: He was tall, handsome, in great shape, athletic, a leader, successful, responsible, timely, artistic, brilliant, orderly, disciplined and educated.  He planned amazing dates, kept me active, brought me on fun trips, and on top of everything was a Christian.  The first few weeks I was thinking “Wow, God handpicked him for me.” Then just a month later, I was thinking, “Oh Gosh, I’m going to be driven insane by his perfectionism. This isn’t for me.”

It’s funny looking back on it. Sometimes we enter relationships with all this hope. The relationship is so great in your head, but the problem is, it’s in your head. As time goes by, you start to realize there isn’t as much to talk about, this isn’t the lifestyle you wanted, or maybe this person just isn’t what you expected. Guards come down after awhile, and you see someone’s true colors and their real lifestyle – and you might be disappointed.

At the end of the day I don’t think relationships like this end because someone did something wrong– it just means you weren’t made for each other. That supposed dream man in my life, wasn’t the wrong guy for someone else, just the wrong guy for me.  I’m sure there’s a girl out there somewhere, praising God that I turned him down, and thinks my decision was an act of temporary insanity. The same goes for us women; we get turned down at times, not because something is wrong with us, but because we just aren’t the right match.

I honestly think that many times we enter mismatched relationships and stay in them, because we are living off the left over excitement and feelings we felt in the very beginning. But do you really want to settle for leftovers?  After 6 months or so in a relationship, you can begin to realize that it won’t last or ever lead to marriage, but can’t bear to hurt the other person, or hurt yourself – so you put it off. More likely though, I think that one or both people are afraid to leave their comfort zone. It’s like getting up the courage to move out of your parent’s house, or change jobs, or move to a new city. Instead of thinking of it all as frightening – think of it as an adventure.

It’s tempting, when things get old and empty in a relationship, to replay those first months and think, we can get back to that, or maybe I can change him or maybe I can change myself. It shouldn’t be that way. When you enter the right relationship, it may slowly change from what it initially was, but those changes make you feel more at home and more secure in the relationship. But if you’re in a relationship where you don’t feel confident about your future together, secure, or loved and accepted, you need to remember that the right relationship won’t make you feel that way.

The person you are spending tons of time with should be the person you could picture yourself spending the rest of your life with. I know you may say — well I’m not ready for marriage anyways.  But, let’s be real. That is secret code for – I don’t want to be alone so this will do for now. But I can bet that if someone approached you, right now, and said, Hey, your future husband is right over there – you would walk, no run, over there to meet the person that’s going to be your best friend and soul-mate forever. Could you seriously imagine yourself saying, Nah, I think I want to wait 5 years before I meet him, I need to finish this boring relationship, maybe even experiment with a few more. Hah! Yeah right. The only person you’re fooling is yourself.

Now if I’m talking about you right now, I know you’re probably shaking your head thinking, I don’t want to be alone, though. Well, that’s fine. I get it, but there comes a time that you need to just walk away, and pull the Band-Aid off.  Better to end bad habits before all the great guys pass you by. (They don’t stay on the shelf long.)

And, if you’re dating an emotionally unavailable guy, maybe it’s time to take a step back and reevaluate the relationship. Ask yourself why you’re in it, what it offers you, and where it is going.

Back when I was dating “Mr. Perfect,” after 5 months, he told me he loved me.  I remember getting a shocked look on my face and saying, Are you sure? I know that’s a pretty insane thing to say, but I felt like he really didn’t know me. Then I asked him, Why do you love me? He then gave me a list of reasons. Basically, everything he said he loved about me could be found in any Christian girl, in any church, in any city, and I told him so. None of it made me feel truly unique. I also told him there was so much more to me that he didn’t even know, and that I didn’t think we communicated on a deep enough level for him to truly know me or to love me.  At the time, I’m pretty sure my words broke his heart, but that’s because I think he truly believed I was the one he was supposed to marry. However, I don’t think he was thinking BIG enough.  If he were thinking bigger – he would have known that I wasn’t the girl for him; the girl for him would appreciate all the things I couldn’t.  I know one day he will realize that, if he hasn’t already.

I hope this helped others that are going through a similar situation.

I love you all,
Diamond

PS  This blog was inspired by a sweet girl that wrote in about potentially breaking up with her boyfriend of 5 years; she feels God has something else in store for her.  The truth is, if you feel that way, it is the truth. Go with your gut. It will be painful to leave someone that may be your best friend, and at times it will feel like a big mistake, but remember – you need to respect your future husband and it sounds like you don’t respect the guy you’re dating enough to marry him.  He’s probably missing qualities that you need in a permanent relationship. That doesn’t make him a bad guy; it just means he isn’t right for you.