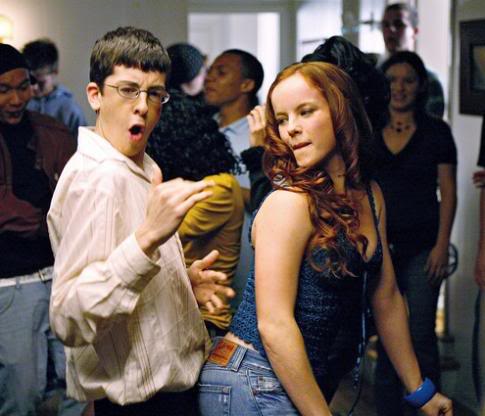 Shame On You Society, Raise Your Standards

America is changing. Families are changing.  More couples are divorcing.  Less couples are prioritizing children. Girls are lowering their expectations and “settling.”  Most of our leaders are failing us. And… our men…  many of them are failing us, too.

Last week I received a disturbing comment on one of my blogs.  It started with “Why buy the cow when the milk is free?” and ends with “Feminism has made getting laid so easy that it’s appalling – and freaking awesome!”

If that captured your attention, the rest of the comment said this: “I often reject a dozen girls a month at university since I have no use for them, no need for nagging or putting effort into getting sex. Sex is readily available so I won’t waste time and effort on girls. This is probably the best time in history to be a single guy, and, potentially the worst time to be a husband/boyfriend. If one girl refuses to suck me, there are ten behind her willing to and they are embarrassingly desperate!

Ultimately, women don’t need men and men are behaving accordingly. Only a total sap would get into a relationship these days. We actually laugh at guys carrying diapers and walking along with a whale of a girlfriend.”

This guy should be “proud” of himself. He is contributing to the great decline of our society. He has learned how to take advantage of and use women. And I can agree with him on one thing. I’m happy he doesn’t want a wife or children. He doesn’t deserve a life commitment from a woman, and there are enough terrible fathers in this world, we don’t need another one.  Although I want to pretend this guy is just lying and spewing nonsense, the truth is, too many men think this way.  And too many women are letting them get away with it, because it is all they know.

So, whose fault is it? As much as I want to completely blame the guy, I can’t put all the blame on him. I can’t blame the girls he uses either.  I think the problem goes much deeper. It starts with families. Unstable families. Mom or dad cheating, divorcing, dad dating, dad bringing girls home, mom dating, mom bringing guys home.  Not to mention our highly sexual culture, porn at everyone’s finger tips, television and movies teaching young men that sex is easy to get and glamorizing one-night stands.  What rarely is shown (or talked about) is the morning after.  The regret, the heartbreak, and the shame.  It never fulfills us as much as we hope.

And as much as parents try to protect their kids from our overly-sexualized culture, it’s a difficult task as they have to compete with friends, neighbors, music, and all forms of entertainment on a daily basis.

These problems are not limited to certain social classes, races, urban or rural neighborhoods.  I grew up in a normal neighborhood– newly developed and perfectly manicured.  It was perfect enough to hide all of the problems within it. In my neighborhood alone, I knew four children who were molested and physically abused, one father with a sex addiction (who slept with random women, recorded it, and saved the tapes), and two families that had single mothers who were on the prowl looking for men — bringing guys home and mowing their lawns in bikinis in order to get as much attention as possible.

I’ll never forget the memory of one of the teenagers in my neighborhood screaming at her mother in the front yard, “Aren’t you going to put some underwear on before you go hangout with him?”

You might be thinking, “This is nothing compared to what went on in MY neighborhood!”  Sadly, this has become the norm, and we are becoming increasingly numb to the reality at our doorsteps.

So, on top of everything we see around us, what does society do? Society teaches women to catch a guy’s eye. And how do we do that? They tell us that our bodies must look a certain way, our hair must be a certain color, our heels must be a certain height, our skirts must be short enough, our dresses must be tight enough, our necklines must be low enough.  And if we were to follow every single one of these rules — well— we’d all probably end up walking out of the house looking half-naked! Exactly what today’s culture says will lead to our happiness!

What’s the problem with this?  Little girls are watching.  They see their role models desperately trying to capture the attention of the opposite sex by following all the silly rules they learned from Cosmo. By the time the little girl is a teenager, she follows suit because everyone has taught her that her body is her most important asset in attracting a man.  Nobody ever told her that heart and class would attract a true gentleman. Advertisers never told her that because that’s something you can’t purchase —  you can’t buy class.

So, whom do we blame? I’m still not sure. Culture has trained a lot of women to think that in order to get the guy, you have to behave a certain way. And why do women do it? Because we desire love and affection. Meanwhile, these guys are filled with testosterone and love every single minute of these girls behaving and dressing like very sexual creatures.

So, how do we get back to “normal” anyway?  Maybe instead of looking for “normal” we should all be striving for something “abnormal.”  We should rebel against our overly-sexualized culture and embrace real, meaningful relationships built on trust, respect, friendship, and true love.  Let’s teach young women that their body is not their greatest asset.  Let’s teach young men how to respect women, take responsibility, and to lead.

Ladies, be comfortable with who you are. Don’t let culture train you to be something that you’re not.

I want you to know, I CAN’T STAND the man who wrote that comment above. I HATE that behavior. But at the same time, girls, we should try to escape this TRAP that culture has set for us.  We must see past what we’ve been told is “normal” and realize that we can be “abnormal” and offer so much more to a man that deserves it.

Let’s not be the “Samantha’s” of this world. Let’s class it up, ladies.

Instead of what society has taught us, imagine if the standard was this:

She is clothed with strength and dignity,
and she laughs without fear of the future.
When she speaks, her words are wise,
and she gives instructions with kindness.
She carefully watches everything in her household
and suffers nothing from laziness.

Her children stand and bless her.
Her husband praises her:
“There are many virtuous and capable women in the world,
but you surpass them all!”

Charm is deceptive, and beauty does not last;
but a woman who fears the Lord will be greatly praised.
Reward her for all she has done.
Let her deeds publicly declare her praise.