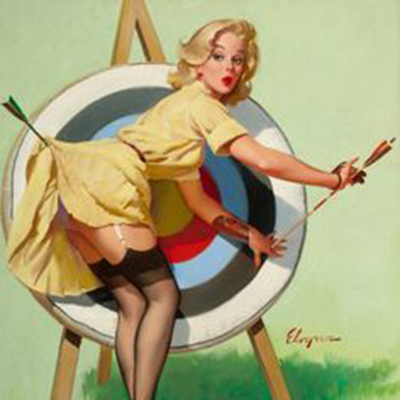 I’m not sure who invented this rule, but if you think that wearing less clothing gets the guy, it’s a lie.  What it really does is catch his eye temporarily… and as we all know, guys easily get distracted by shiny little blonde things all the time – so, your skimpy outfit will not catch his eye for long.  What will permanently catch his eye and capture his heart is a genuine girl. A girl he can take home to mom, proudly introduce to his boss, and respectfully bring around his friends.

BUT – If you present yourself in a tight black dress, that is barely grabbing your bottom, along with stiletto heels, you’re saying “take me home, but not to mommy.” Seriously, if you’re a girl that desires this type of attention, let me be honest, that attention won’t last long. He’ll take you to his house, probably devalue you, and then leave you to do the “walk of shame” with those stiletto heels and black dress still on from the night before.  If you call that affection or love, well honey, it’s not, because that wasn’t real affection you received – that was someone using you.

I’m not demonizing girls who dress this way. I just want them to know they’re worth so much more!  I’ve seen so many guys laugh at girls behind their back, calling them sl**s, because they’re barely wearing anything in public — or worse, when it’s cold out.  Honestly, a guy appreciates a girl who is confident in herself, and by showing all her skin she’s basically saying she’s got nothing to offer but her body. Call me a mean girl for saying that, but it’s true.  Wearing practically nothing, or nothing at all, distracts from who you really are, and a man just won’t take you seriously.

Sure, it’s fun for guys to whistle and “holler” at you when you’re wearing those skimpy things – but, really? Do you really need that kind of attention? You know what will get better attention?  A classic diamond… A diamond in the rough – that means making public arrivals in a precious outfit that covers your bottom and most of your chest and presenting yourself like a classy lady.  I remember so many times in college going out in jeans, heels, and a cute top — and those would be the nights that all the nice guys hit on me.  You know, the ones who genuinely wanted to talk, not offer a ton of drinks and call a cab for two.

The bottom line is, be the person that a man would want to marry, not just party with.  Ask yourself, would you someday want your own son to marry a girl who barely wears anything and embarrasses you out in public? I’m sure you wouldn’t.  And the guy you’re looking for will really care about what his mom thinks — they all do. If you go fishing for men with your body as bait, you’re only gonna catch body-snatchers, and, let’s be honest, you’ll only end up throwing them back.  I know you have a cute little body and you want to flaunt it, but there’s a time and place to show off your skin… It’s called the beach or the pool.

So, stop and think before you put that skimpy outfit on; you’re a gem that should shine not blind, to be presented not flaunted and to be prized, NOT used!