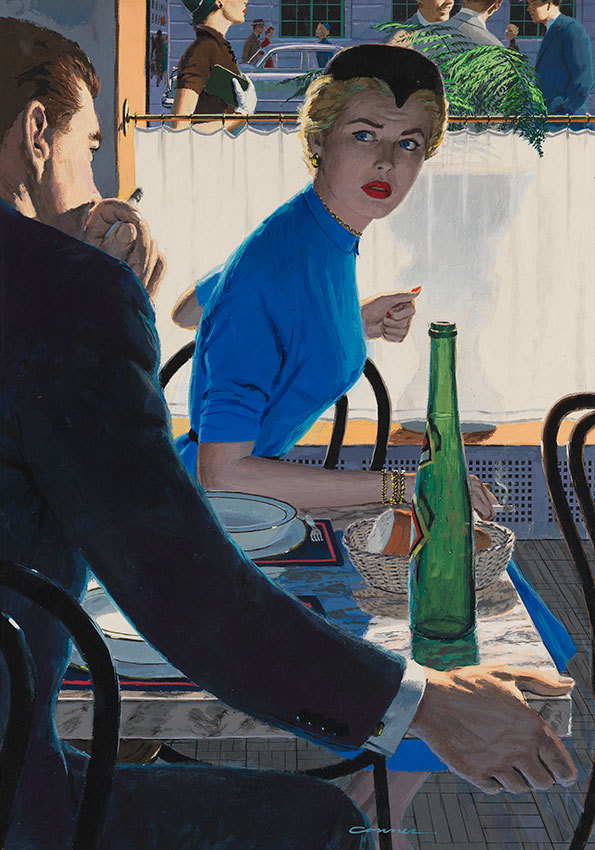 Blame it on… The men I’ve dated.

5 years ago, I was asked a simple question: “What is keeping you from getting closer to God?” Following that question, I was asked to write it down, and throw it into a pit. I sat there for a while and really pondered this. I went through all the things I was doing right in my life… good friends, I work hard, I’m generous, I go to church, I am nice to my family, I rarely curse, I play by 70% of the rules — but yeah, something was keeping me from getting really close to God. Then, it popped into my head. It was pretty simple, relationships.

I recounted the past in my head. I thought about my first boyfriend in high school — he brought me really far away from God. He was an atheist and he loved my innocence. I was 15 and his main goal was to take any bit of innocence away from me as possible. I was a challenge, which inevitably made me his game. He brought me far away from where I wanted to be, and it wasn’t until a specific moment in our relationship that I noticed it.

I remember being 16 and he brought me to this beautiful secluded beach. We sat on the jetties while the sun started to set. I watched the waves crash onto the rocks, and I started to tear up. I remember the words just coming out of my mouth, “How can someone not believe in God after seeing this?” “How can I just believe matter came out of nowhere, exploded and morphed into all of this…?” “Isn’t it harder for me to believe this all just appeared, then it is to believe that there is a God?” I remember he debated with me for awhile, but he ended up bringing me home. Shortly after that I broke up with him.

The next relationship I entered, I was pretty jaded. I wanted the control in the relationship, and I wanted to define the rules. Maybe it comes with being young and getting your first real big taste of freedom. This guy was sweet and did everything and anything for me, and the relationship lasted for 2.5 years until I switched colleges. I honestly don’t remember much about this time of my life. I was pretty empty and kept busy — but one thing I do know, I wasn’t as close to God as I should have been.

Like always, after a relationship ended, I was incapable of being single so I jumped into a new relationship. This one lasted another 3 years. We would go to church together on Sunday, but my mind would always be elsewhere the whole time. At this time of my life, I felt so far away from God, that if I accidentally put the Christian radio station on, I would quickly change it — because I couldn’t deal with the guilt of feeling like a disappointment… or feeling like I needed to change my life.

I didn’t want change. I didn’t want to give up my current relationship. He was fun. His fraternity and friends were even more fun. I had a huge social life. My life was go, go, go — but in a go, go, go life… you tend to not sit still long enough to realize it’s a pretty empty life.

So, when did this quiet moment happen that I needed? The second the pastor asked that simple question: “What is keeping you from getting closer to God?” It actually caused me to think… Which, I wasn’t really doing, because I was surrounded by so much action. I looked over to the guy sitting next to me in church… And I just knew. It was him. It was my past relationships. It was my inability to be single for just two seconds to remember the most important relationship of all — my relationship with God.

I remember struggling to write relationships down on the piece of paper — because I didn’t want to give them up for awhile. They defined me. It took everything to throw it in the pit, because I felt like I was lying — I felt I couldn’t really give it up. I got in the car with this boyfriend, and I remember quietly sitting in the car with him, and at a “red light on a Sunday” I broke up with him. I told him why — he didn’t understand… But I ended it.

… Only for it to start up again a week later, we became off and on, until it finally ended once and for all in heartbreak.

You know what I realized? In college you fill your mind with so much STUFF. You’ve got your friends, boyfriends, classes, events, parties, and drinking. Every second is filled with action. You typically don’t sit still until you start your first job and move to a new city and you’re alone. You’re so used to having these schedules and plans… and then all of a sudden you don’t, and then these fleeting relationships end and you’re surrounded by feelings of loneliness.

And to be honest, it felt amazing. I was so mad at myself for not realizing this 5 years sooner, but today… I can say… Thank God for the quiet moments, it’s in those moments that you really change for the better.

In this period of my life I grew closer to God, and I unknowingly became the type of woman my dream man was looking for. Sometimes to this day, I just look over at my husband and thank God. I still don’t know why God blessed me with such and amazing man after all of my shortcomings, all of my mistakes, and everything I’ve been through. It’s just proof of God’s love.

Bottom line, the one thing I’ve realized… Relationships with the wrong guy bring you far away from God, but a relationship with the right one brings you closer to God. I didn’t know that then (or I just didn’t want to), but I know it now…. and thank God for that.

To all you girls who are still dating, that’s a good rule to live by. Take it from me.