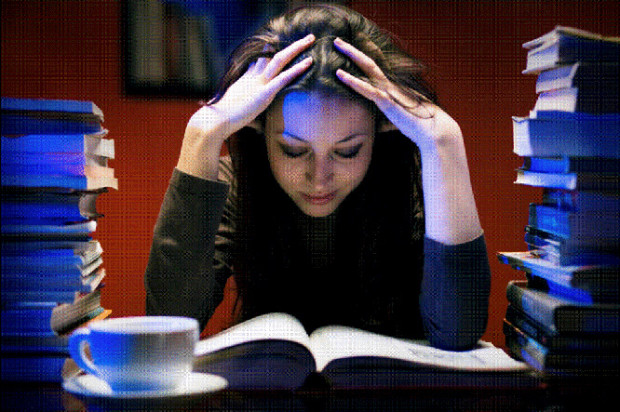 High school senior superlatives aka “this is how you will be remembered for the rest of your life” was just about the most important vote that I thought anyone would ever cast in their life, one that ranked just above voting for the President of the United States. I was not ignorant to the fact that I would never see 75% of my classmates again after graduation, so the current thoughts of my peers would be how they would always think of me, for the rest of my life. Talk about pressure. When I was voted “Most Likely to Succeed” as opposed to “Biggest Flirt,” my daddy was proud. I graduated high school with a 4.7 GPA, two years of captainship on the cheerleading team, and student body president. Little did I know that when I posed for my “Most Likely to Succeed” yearbook photo, that label would make me later question everything I knew to be true.

I was constantly told by my parents how smart I was, and that I could accomplish anything that I set my heart to, so when I decided in undergrad to major in math, I was sure I would be the youngest female to ever work on the International Space Station at NASA. Then Calc 3 ruined my life (when has math not ever ruined someone’s life at any point?!); I failed it not once but TWICE.

Now, I’ll be honest with you, I was a snob. I thought I was just about the greatest young adult since ___________. And it was that snobbish thinking that led me to believe that my involvement in the church, quiet times with God, and overall respectable lifestyle made me immune to bad grades! Shouldn’t God have been blessing me? Weren’t my prayers for good grades and excessive studying enough? Didn’t tithing as a poor college student translate into “give me what I want, Lord?” I hate to break it to you, undergrad Pearl, but if you truly were a “good Christian,” you would realize that you are a TERRIBLE, ENTITLED Christian!

I really struggled over what to do. I was “most likely to succeed,” but couldn’t make the grades I needed. I was told I could do whatever I set my mind to, but it was clear I would never make it to that space station. I was having a quarter life crisis. My parents, advisors, friends, and pastor’s encouraging words did nothing for me. And that’s when I turned to God for the right reasons for the first time in my life. His will was the only thing that I could find victory and peace in carrying out, and His will for me was not a haughty attitude, but one that realized that I can literally do nothing without Him and one that finds no entitlement with myself. That’s when I found my academic calling, and my peace.

God’s will was not that I should graduate with a 4.0. His will was not that I live to make my parents proud, or that I continue on the path they laid down for me since what seemed like birth. And while these things would have been great, my life was not ruined when I did not achieve them. God’s ultimate will is that we grow in Him more deeply as we rely on Him completely.

What may seem like the storm that you may be in is the worst storm yet, its not all that bad. Find joy in struggles because it is in hardships where we find gentle pushes from God to set our sails straight. Whether he points our ships in the direction of a new career path, a new relationship, or our walk with God, there is victory in the end when we’re trusting God. I will continue to fail, I won’t always succeed, and sometimes victory won’t come how I thought it would, but God will NEVER fail me like my brain does…learning that in calc 3 was WAY more valuable than being able to apply partial derivatives to tangent planes!

As my astronaut dreams came tumbling down, I found a love for public relations! I even went to grad school, and now work in a PR firm…and I can’t imagine any other career for me! Thank goodness for F’s, and thank goodness for the promise in His plans!