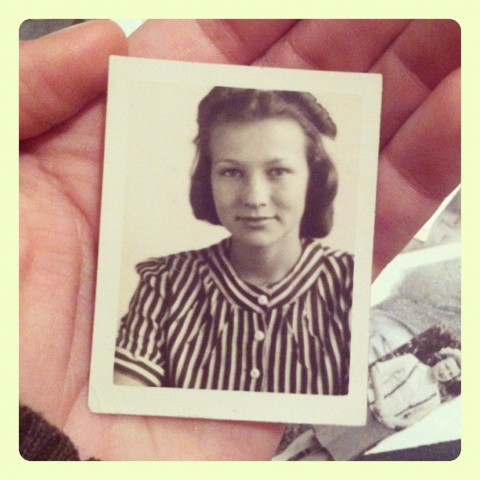 The Loss of a Loved One

If I’ve learned anything in the past year it would be to tell people you love them more often. Pick up the phone and say “hi.” Tomorrow is never promised.

It’s been a year. Three-hundred and sixty-five plus days have passed since I’ve heard the sweet sound of her humming and felt the gentle squeeze in her hug.

Growing up not only was I blessed to have been raised by a wonderful mother, but I was also raised by an extraordinary Grandmother. Now, don’t get me wrong, there are countless similarities between my mother and I, but if you were to ask me, I’d like to believe that I’m the spitting image of my Grammy, or at least that’s who I strive to be. Everything from my petite frame, sense of humor, extreme patience, and domestic-ness — that has my Grammy written all over it.

It’s been a year since I’ve witnessed her being there. A year ago I was hugging her along with my family, as I said goodbye to head back to college. This year mark does not mark the anniversary of her passing, that will happen in 3 months, but this mark in particular marks my last memory of talking to her, hugging her, and seeing her…

If I had known that would have been the last time I’d ever see my Grammy, my role-model, my best-friend, I would have hugged her a lot tighter, and I would have told her just how much I loved her, a million and one times over.

School was a long commute… holidays or long weekends were the only times I could manage to make the trip, and that semester I was busy. Between class, work, and a new boyfriend, I had no time for anything it seemed. No time for a phone-call home, and Grammy didn’t have a cell phone like my mom.

I’ll never forget the day I was told the news. I was off visiting my long distance boyfriend at the time. It was a long weekend. A weekend I had originally planned to visit home for, but changed plans last minute. I remember talking to my mom and her saying “I’ll be gone half of the long weekend, but Grammy would love to see you if you still decide to come.”

For months I was furious with myself for not making the trip home that weekend. I thought that maybe if I was home I could have done something, I could have been there to help her or call 911. I beat myself up over this. After her passing, I even scrolled through my phone history trying to pinpoint the absolute last moment I heard her voice, and I failed to find my answer. Why didn’t I call her every once in while? Why didn’t I visit her like I said I would? If this woman meant so much to me, why didn’t I give her the time she deserved?

I absolutely hated myself. I cried for months and months, and I would get so upset when I heard someone say “I’m so sorry for your loss” or “how are you doing?”… I just wanted to scream. I became a hermit. I did the worst thing you can do when you lose a loved one, I closed off everyone who loved me, even God.

I knew she wouldn’t want me sulking in my bedroom with old photos, if I could hear her from heaven, I’m sure she’d be calling me an “idiot, bird-brain, moron” for acting the way I was. So finally, after a couple of months Diamond forced me out of my shell, sat me down, and had a deep discussion with me.

People always say God’s timing is perfect. I always believed it to be true, but I never had any personal experiences to tie it to. The day Diamond sat me down, she put it all into perspective for me… She explained to me that I shouldn’t be angry at myself for not being there or calling enough.  I didn’t understand at first until she went into detail about how God was actually protecting my heart – He knew what I could handle.

Diamond told me that the reason I didn’t call was because God knew I couldn’t handle the news that my Grammy’s condition was getting worse – He knew I was going through a stressful time and that the news of my grandmother would have caused me to emotionally break.

She explained to me that my last minute decision to not visit home was also God’s plan, explaining that my mom going away was the decoy I needed to keep me from going home that weekend.

She said God knew I needed to be in the company of someone who cared for me, that way I could be comforted immediately after I heard the news, and that’s why I was with the guy I was dating.  And because I was with him, I was only 2 hours away from my hometown. If I was back at college I would have been 5 hours away.

She told me that if I was to follow with my original plan, I would have heard the news while driving home, or even worse, I could have been the one to find her first.

She was able to point out the beauty of His perfect timing. Although my Grammy’s passing was a terribly sad thing, He brought her home to Him with my mother’s and my heart in mind. He knew to call her to His throne when we weren’t there.

Sometimes when your heart is broken it’s hard to understand the reasoning for God’s will, but you have to trust in his timing, for it is perfect, and He has a purpose, although you may not see it now.

I feel truly blessed to have spent so much time in the company of my Grammy. I could go on for days about how beautiful she was inside & out, and yet I’m still short for words. She has been such an inspiration to me and I can only hope that I do her proud.  She was a great example and loved unconditionally with all of her being and genuinely had a heart of gold. Heaven has been blessed with the sweetest of all angels.

P.S. I urge you all to pick up the phone and call your grandparents, parents, siblings, whomever… and tell them you love them, right now!