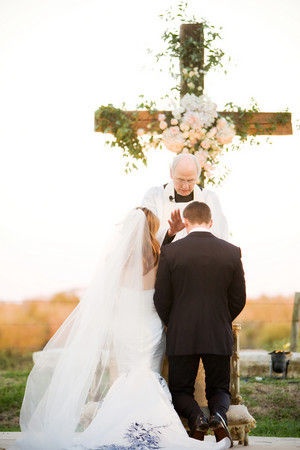 Why I Put Marriage On A Pedestal.

Although I love my parents with all of my being, they are two people who should have never gotten married. Not because I don’t think they couldn’t make it work, but because they were incapable of communicating, forgiveness, and selflessness for one another.  I grew up in what seemed like a happy home, but behind the walls our family was broken. Like most parents nowadays, they chose to stay together for the kids… until they couldn’t take it anymore. Luckily, my parents waited until I graduated high school to call it quits, and when it finally happened, I was honestly relieved because I understood how miserable they were together. My younger siblings on the other hand didn’t take it so well.

My parents were that couple that only had “milestones” (Refer to Diamond’s blog: “Divorce– My thoughts.”) They dated for a couple years, they were in their mid-20’s and all their friends were doing it… so why not, they got married. They didn’t have a chance to enjoy each other and their marriage because 4 months into it they became pregnant with me. After the wedding, I was now the new milestone. This pattern continued with the arrival of my younger siblings. It wasn’t until the calm of their marriage when they realized, “wow, we have nothing in common anymore besides our children.”

Now looking back at my childhood I’ve realized that the number of photos of my parents alone without the kids are slim to none, and I can hardly remember them having date nights or even kissing each other. They were always around, but emotionally they had checked out of their marriage. My parents wanted what was best for my siblings and I. They pretended for years that everything was okay. We had family dinner every night, went boating frequently and took at least two vacations a year. From the outside we looked perfectly normal, and for the most part, I believed we were too.

Sure my parents fought, but I grew so accustomed to the bickering that I thought it was normal. My mom complained because my dad drank too much, and I felt like my dad drank because my mom complained too much. Again being a little kid I thought that was normal, I thought it was just something parents did. It wasn’t until probably 6th grade that I realized how dysfunctional my home life really was. That’s when I met my best friend and learned what a happy, healthy, loving family was like. The main difference between her family and mine was that she grew up in a Christian household. Yes, I believed and my parents believed, but we weren’t necessarily church goers, my parents never once read the Bible to me. If it wasn’t Christmas or Easter we didn’t go to church.

As I started attending youth group and Bible studies with my best friend, on my own, I learned what it was like to have a real relationship with God and what it really meant to be a Christian.  I learned what God intended marriage to be.  I prayed for my parents often, but came to realize, my parent’s marriage was too far gone. They were not patient or kind with one another by any means. And when it came to leading the family, my father really wasn’t there. He paid the bills and that was about it, and they both weren’t even capable of communicating about the problems within their relationship — they’d given up, and they didn’t even have the faith that they could work through it, with God’s help.

Divorce rips a family apart. It’s never the parents intent to hurt their children, but it’s unavoidable. After witnessing the ugly process of my parents’ divorce I made a promise with myself & my future children that I would not put them through such heartache.

When I say “I do” I want it be forever. Divorce is not going to be an option for me. Although I didn’t have a great example growing up, I have witnessed enough healthy marriages to realize that they all have one common denominator: they love the Lord. I want what my parents didn’t have; I want a relationship centered around God.

In today’s society a Godly man is hard to find, but I have faith that in perfect time I will find my diamond in the rough. Some say my standards are too high, but that’s nonsense. A lady’s standards should be so high that only a true gentleman can reach her. I’m not going to settle when it comes to my happily ever after!

“Two are better than one, because they have a good return for their work:  If one falls down, his friend can help him up. But pity the man who falls and has no one to help him up!  Also, if two lie down together, they will keep warm. But how can one keep warm alone?  Though one may be overpowered, two can defend themselves. A cord of three strands is not quickly broken.” Ecclesiastes 4:9-12