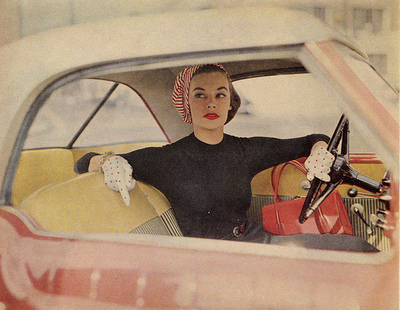 … You deserve better, you may not know it yet, but you do. I’ve talked to so many girls who spill their heart out to me about a relationship that they’re in, I listen intently to their problem, and most likely I’ll say “You deserve better.” I have a friend that I’ve known for many years now, and she is constantly attracted to the wrong type of guys. Her relationships start fast, like a whirlwind… and end messy with her trying to pick up the pieces.

This is how it happens… I’ll get an exciting phone call about how “she found the one” and she’ll continue to say, “I promise he’s different.”

I know I should believe that he is different, but it’s hard to believe a girl who constantly finds the wrong guys. It’s this attraction she has… a gravitational pull to the wrong guys. The ones who cheat, verbally abuse, are emotional absent, cruel.. you name it. Once you know someone who dates men like that, it’s hard to trust them to make proper decisions about men.

I’ll never forget the day she called me up crying about how her boyfriend got wasted and started verbally abusing her in public. She told me that he was incredibly sorry the next day, and that it was just the booze talking. Trust me, I’m no where near as patient as her, but it got me thinking… why is she so patient…? Why does she not think she deserves better…?

To continue blaming the parents, I think there are also other things that can influence a girl to make poor decisions with men… For instance, if a father was not really involved in his daughter’s life (because of divorce, work, etc), she may do anything to get attention from men, because she craves it. A girl like this is never satisfied and can never be alone, and she may even dress really sexy and sleep with a lot of men. She’ll do anything to catch a man’s eye and to have his affection. This type of girl thinks she deserves the worst. She’ll take the jerks, users, etc… strictly because she needs someone, and she doesn’t have the patience to wait for God to bring the right person along. It’s sad to witness this, since the truth is she does deserve the best, and she is worth so much more than that.

I’m not saying our parents have an influence in every bad decision we make, but I think our parents do have a HUGE role in molding our lives. I think girls do make bad decisions on their own, the difference is, do we learn from them? and do we change our course once we learn our lesson?

If you’re the type of girl that consistently dates bad guys, and you never change your course, what I am here to say is that you deserve BETTER. You can BREAK the mold of constantly dating the wrong guys. You have a choice to make… Do you want to date these jerks, or do you want to find a better man, so that your future daughter can learn how she is supposed to be treated? You deserve to be treated like a princess, and YOU CAN break the generational mold that is created by every woman dating the wrong kind of man… generation after generation of jerks.

YOU DESERVE BETTER. Maybe you’re not attracted to the “better” because you’re not used to it, but I think that if a lady becomes aware of what she deserves… then maybe she’ll start making better decisions. So here it goes, I’m here to tell you what you deserve:

YOU DESERVE SOMEONE THAT….

YOU DESERVE A REAL MAN!
And trust me, these men DO exist!

(And here’s a good sermon to go with that!)

Ps. If you didn’t have a good example growing up, take a look at your real father, God.