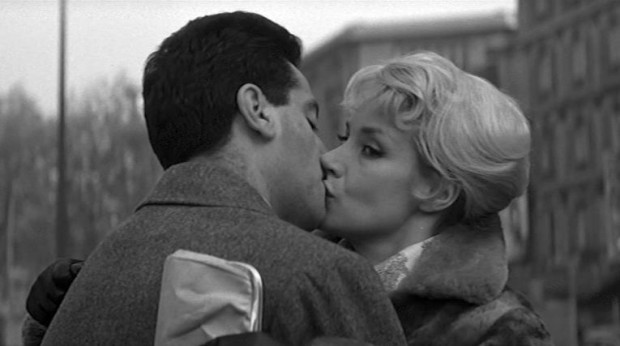 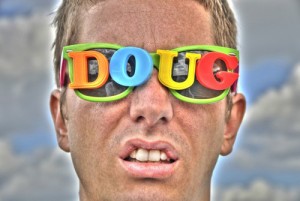 In order to find Mr. Right you need to get rid of Mr. Right Now.

Every girl has or has had a guy in their life that is just for “Right Now”. Let me tell you about Mr. Right Now, he sticks around for WAY TOO LONG. You may only be one month into the relationship and thinking “Hey, this is just for right now.” But TRUST ME, Mr. Right Now is sneaky, and somehow he ends up sticking around for a lot longer than you think! You’ll start to get comfortable and begin making excuses for him, and next thing you know weeks… months… years… go by and a bunch of potential Mr. Right’s pass by, since you were busy wasting your precious time. (Oh, and you don’t get any younger, BTW.)

Now, I’m not exaggerating! There was once a temporary man in my life, I’ll call him John, actually that name isn’t annoying enough… how about Doug. Doug came into my life at an awkward time. I’d been single for a little while, and had prospects, but Summer came along & I was bored. You make a LOT of terrible decisions when you’re bored. Doug asked me to hang out, as friends, and I accepted (I made it VERY clear we were just friends.) Friends? Okay, back to the point, Mr. Right Now is SNEAKY. Doug snuck his way into my life, and I ended up hanging out with him almost every single day… At first I wasn’t attracted to him, but for some reason when you’re around someone a lot they start looking cuter. Maybe I just started getting used to all the things that annoyed me.

Here are a list of some things you could potentially get used to while dating Mr. Right Now:

Or maybe there are things you will never get used to, but think, well… maybe I’ll just look past it and suffer for awhile, like:

… or God forbid he doesn’t believe in chivalry…  I could go on for days. (Btw, most of these are just examples, and do not describe Doug… There are somethings I just WONT deal with!)

Anyways, you get where I’m going. I got used to Doug, and my friends liked him. They didn’t understand why I couldn’t get past his “issues” or the things I found to be “issues”. So, my friends talked me into going on a REAL date with him. Like a “we’ve hung out a 100 times, but this time it’s classified as a date” kind of date. The date went well, and he kissed me. I thought, well, it’s Summer & it could be really nice to have someone to date and cuddle with. I made a pact with myself that this was going to be short term. My bad, that didn’t happen, because Mr. Right Now is SNEAKY.

Next thing you know I’m meeting Doug’s family, and he’s awkwardly introducing me to everyone as his “friend”. I felt bad, because I’m thinking, wow… We’ve been together for 7 months and I wont even let him think we’re in a real relationship… SO, I caved. I let my “feel bad emotions” get the best of me. So, I told him to call me his girlfriend, and Doug & I became Facebook official. BIG MISTAKE. FBO may as well be relationship suicide for those who are with Mr. Right Now. The moment I accepted his request, I started to think about all the potential Mr. Rights that could be seeing this relationship status, and looking at me as “TAKEN”! After awhile, the thought of this drove me insane, so I got smart, and became “I’m blank” as my relationship status, for only certain people to see.

Okay, maybe this was WRONG. But seriously, who would have thought that Doug, the friend, would now be the boyfriend? Well, it gets worse. Next thing you know a year goes by… and I started getting really confortable with him. I started thinking, well maybe he’s a great guy. Maybe there isnt anyone else better out there. (GIRLS DO NOT LET MR. RIGHT NOW TRICK YOU!!!) I’m serious! The things that annoy you right now about him will annoy you 1 million/TRILLION times more after you’re married!! Anyways, before I get way too off topic. I just want to say that if you stay in a relationship like this you end up feeling trapped.

I spent 2 years of college with Doug, and all of his fratty brothers basically dubbed me as “Doug’s girl”, so I had to forget about all the other guys around. It felt inescapable. I was in way too deep. We shared all of the same friends and I was practically a part of his family. It wasn’t until he graduated and moved away that I found my escape route, and said “Sorry, I can’t move with you.”

I don’t regret Doug because I did learn a lot about myself and what I truly wanted in a relationship, but I regret wasting 2 years to figure that out. I loved Doug because he became such a big part of my life, but I couldn’t picture him in my future no matter how hard I tried, and trust me, I tried. If you want to learn from this, listen to me, RUN! If you’re questioning a relationship from the beginning it will NEVER WORK OUT.

AND TRUST ME, Mr. Right is out there. You will meet him at the most unexpected time, and everything will be just right. But, if you’re in a relationship that is a dead end going nowhere, the chances of finding Mr. Right are slim to none. It’s hard to meet someone when you’re attached to the ball & chain. Plus, let’s be honest, it’s going to take you a while to move on from the “Doug” in your life. As much as you think losing him won’t bother you… it will. (That’s a whole other story) So, lose Mr. Right Now, NOW. No matter how much of a security blanket he is to you, it’s time to find Mr. Right, the guy God made for you.